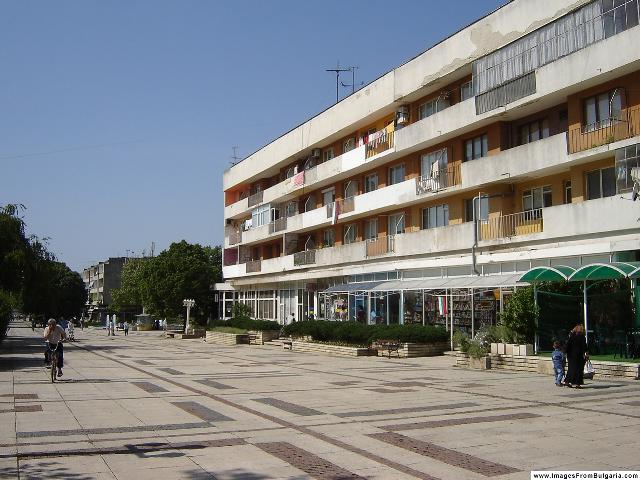 Situated in the most eastern part of the Danube Plain and lies along the coastline of Dobroudja. The relief is flat and most of the territory (above 75%) is occupied by generous agricultural lands.

Kavarna is one of the ancient cities (7000 – 3000 years BC) along our Black Sea Coast. On the place of the nowadays city existed an ancient Thracian settlement. During V c. AC the Greek colonials found the colony of Bizone on the cape of Chirakman, but in the first half of 1st c. AC, during a catastrophic earthquake, the fore-part of the cape collapsed and the largest part of the city sank into the sea. At the time of the Roman Empire the city was restored under the same name and quickly prospered. During VII c. it was destroyed by Slav and proto-Bulgarian tribes, who inhabited the cape of Chirakman and found the settlement of Karvuna. During the Medieval period Karvuna was already a famous city. In the beginning of XV c. the city was mentioned for first time under its nowadays name. During the Ottoman invasion it was almost ruined, but erected again during the second half of XVII c.

During the Antiquity and the Middle Ages Kavarna was a significant economic and cultural centre with luxuriant and varied cultural remains – fortified walls, an early-age Christian basilica, medieval churches and community buildings. Here were found plenty of interesting art objects – coins of different historical epochs, golden jewelries, unique high-value art objects, a Golden Thracian Treasure consisting of appliqués, etc. During the Middle Ages the caves were using as a monastery complex. On the walls in some of them proto-Bulgarian tribes can be seen – runes, crosses and stone icons.

During XV –XIX c. the ancient city became popular under the name Kavarna. From that period of time are preserved a “hamam” (Turkish baths), a medieval necropolis, a bridge, fountains, Christian churches and multitudinous of scriptures.

From the beginning of XX c. Kavarna achieved great progress as an economical and cultural centre of the region, however, interrupted in 1913 when the city was occupied by the Romanians. The Bulgarians opposed to the assimilatory policy of the Romanian authorities through the implementation of an active social-cultural activity by its church, cultural clubs and educational societies. In 1940 the city was returned within the Bulgarian boundaries.

The Municipality of Kavarna has a unique natural potential, which is determinative for its tourist aspect and the prospects for development of ecotourism in all of its forms – from a family holyday in a cozy traditional village house in Bulgarevo, Kamen Bryag or Topola, to a fascinating tourism - observation and photography, acquaintance with the luxuriant cultural, historical heritage.