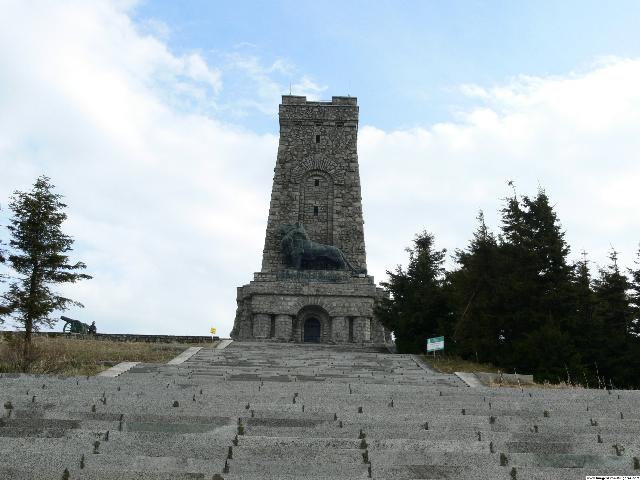 At the time of the Russian-Turkish war of 1877-1878 one of the most decisive battles that determined the victorious end of the war took place on Shipka. Together with the Russian troops about 6,000 Bulgarians took part in the battles.

The Monument of Liberty rises on the very peak. It was built with the donations of the Bulgarian people. The monument is 31,5 metres high and 894 stairs lead to it. The bones of the heroes who perished in the battle are kept in the ground floor under a marble sarcophagus. An exhibition telling of the heroism of the Russian soldiers and the Bulgarian volunteers at the time of the five-month siege of Shipka is exhibited in the rest seven floors. A panoramic view opens up from the last landing of the stairs.

Interesting in the region Stara Zagora

The “Guardians of Stara Zagora 1877.” monument

The Neolithic dwellings in Stara Zagora

The Museum of History in Stara Zagora

The Thracian tomb in Kazanlak