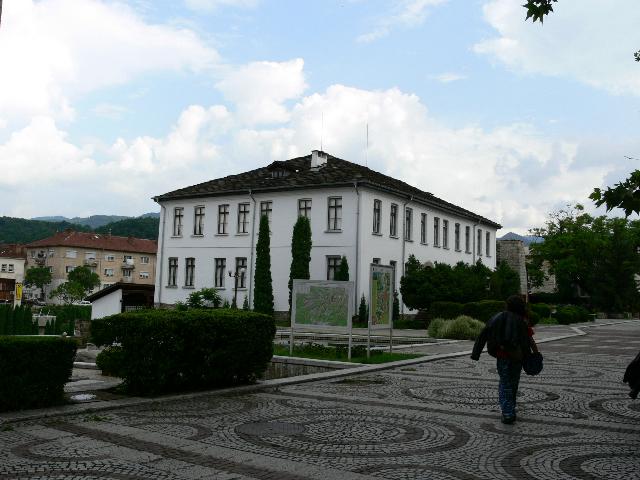 The town of Troyan lies along the picturesque coastline of the River Beli Osam, in the skirts of the Troyan-Kalofer’s Range of the Balkan Mountain.

As far back as I-II c. AC the town was called Troyan, by the name of a Roman route called Via Troyana, connecting the River Danube with the Aegean Sea.

During the first half of XIX c. the crafts prospered in Troyan. The Leading craft was the pottery which gradually created the Ceramic School of Troyan, unique even nowadays.

In the Centre of the town is located the country’s unique Crafts and Applied Arts Museum. Other places of interest are the Town Art Gallery “Serekov’s House”, the church of St. Parashkeva dating back to1835 – an architectural ensemble and operating temple placed next to Marko’s Bridge; the Architectural Complex “Nounki” – restored houses of Renaissance style. In the vicinity of the town is located the historical Troyan Monastery. Right next to it can be seen the National exhibition of artistic crafts and arts of Oreshak, which demonstrates the mastery of the local craftsmen. In the village is one of the entrances of the Staneto Bio-sphere Reserve – an alpine place having wonderful vertical rocks. In the site Beklemeto there are hotels, ski slopes, towing device and ski run tracks.

One of the most attractive local festivities is national importance; one of the most the day of the Plum Tree and Plum Brandy. It is carried out annually at the end of September.