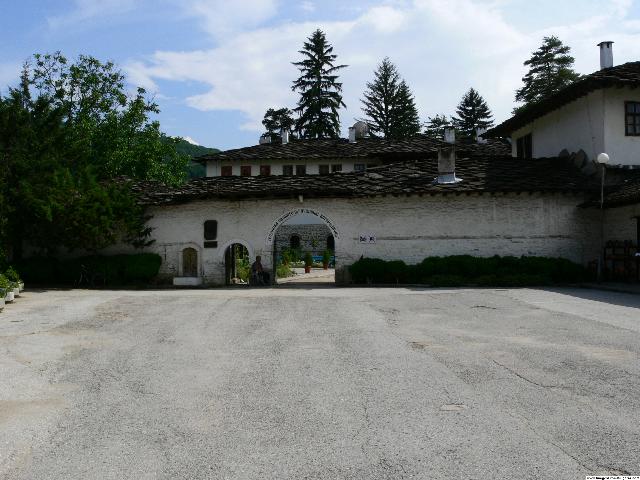 The Troyan monastery “The Assumption of the Virgin Mary” is situated some 10 km from the town of Troyan in the northern parts of the Troyan Balkan. It is the third largest in Bulgaria, after the Rila and Bachkovo monasteries. It was established about 1600.

In the time of the Revival it was a famous literary centre and supported the publishing of a number of books. Nowadays the monastery stores a number of works of the eclesiastic painting art, various works of the applied arts and crafts. The silver plating of the Gospel, a magnificent chalice, the silver relic vault with golden plating and gems kept there are all unique. The miraculos icon “Three-handed Mother of God” attracts a lot of people who want to see and touch it and become convinced of its miraculous power.