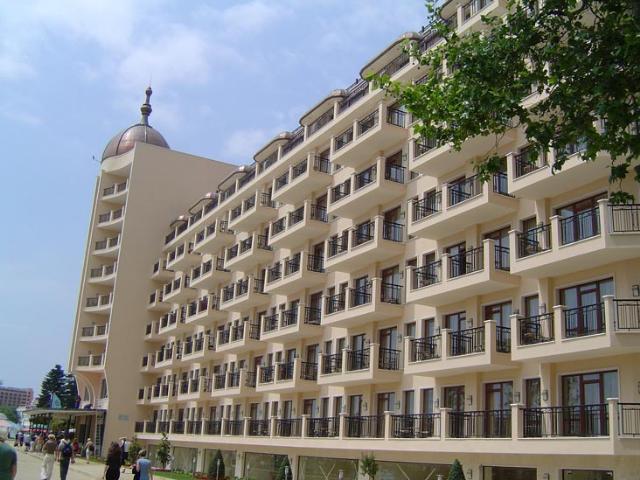 „Golden Sands“ resort is situated 18 km north of the city of Varna and near the Golden Sands National Park. Its cultural and historical heritage comprehends a long period of time – from Antiquity to the Late Medieval period.

The places of interests in the National Park are: Aladja Monastery, pronounced in 1957 a National monument of culture; “The Catacombs” (800 m southwest of Aladja) – a group of caves situated at three different levels and called with that name by two archeologists – the brothers Shkorpil; a basilica and a fortress from the Late Antique period (4th - 7th c.) in the place of “Kaleto” and remains of a Slavonic settlement, found in the place of Kozgun Cheshma.

The forests of the park grow along the sea coast, surround the Golden Sands resort and to the south touch the forests of the town of Varna. The relief in the park is hilly. From the vertical rocks to the sea there are steep ridges. The most popular of them are: “Alandja Monastery – Gorno Germe”, “Chiplak tepe - Golden Sands” and “Kaleto - Byalata stena”. In the southern part of the park there are natural swampy areas (marshlands). They never dry up, even during the hottest summer months because of the underground waters that provide the marshlands with water. The average altitude is 110m, and the highest point in the park is 269.3 m above the sea level. The beach, covered with fine golden sand and wide about 100 m in places, stretches out more than 3.5 km. The sea is clean and calm and the weather is suitable for sunbaths from May to October.