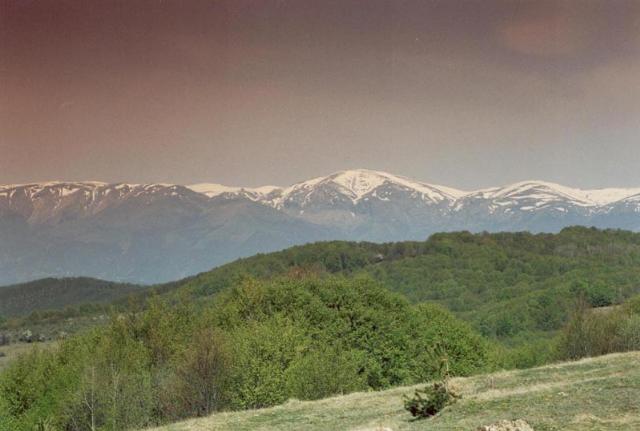 Stara planina or Balkan is a mountain chain in Europe, of which Balkanski peninsula is named. It lay across East Serbia to Black sea as the bigger part of it is situated in Bulgaria. It divided the country in two parts North and South. The highest peak is Botev (2376m).
The Balkan is the backbone of Bulgaria. In 811 at Vyrbishkia orifice khan Krum routed the Byzantine army and took prisoner the very emperor Nikifor. At Vola peak in 1876 the army of Hristo Botev is in action with Turkish and here the great Bulgarian poet and patriot dies. On Shipka peak was one of the most important battle during the Russian-Turkish war in 1878 after which continue the restoration of Bulgaria.

Interesting in the region

Melnishki piramidi (the Pyramids of Melnik)

Objects in the region