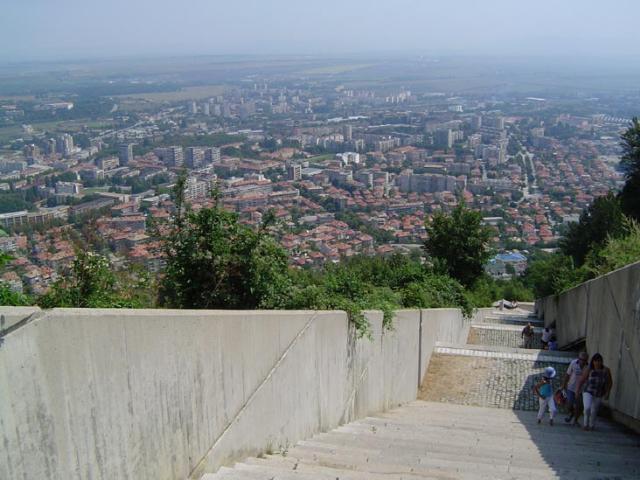 Shumen is one of the oldest towns in Bulgaria. People inhabited the area for more than 3200 years. The town is situated in a picturesque valley in Northeastern Bulgaria.

During the first centuries of the Ottoman rule Shumen was an administrative and military centre having public buildings and numerous craft and commercial shops. In 1851 the first Bugarian Orchestra and Opera were found here and in 1856 was given the first theatre performance. In Shoumen Sava Dobroplodni established the first class Girls’ School. Remarkable for their architecture are the houses from the Renaissance, in one of them used to live the leader of the Hungarian Revolution L. Koshut. The first brewery in Bulgaria which produces the best light bear in the country was built here.

Places of interest are the Monument”1300 years Bulgaria”, the fortress of Shoumen, the natural park of “Kyoshka”. Few kilometers away from the city is situated the unique the rock relief called “Madarski Konnik”.

Interesting in the region Shumen

The Founders of the Bulgarian State Curtural Complex

Objects in the region Shumen